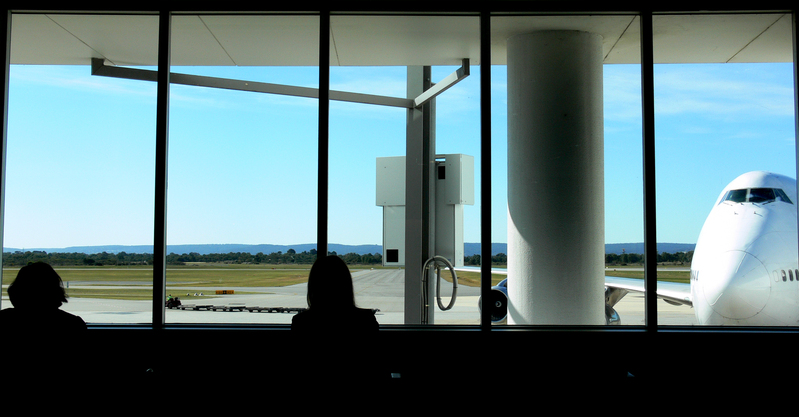 Inspiration can happen at a moment’s notice and very unexpectedly. That’s exactly the feeling I got when reading about a flight attendant being reprimanded for using the emergency slide to disembark upon her flight’s arrival.

Does this happen often? I’m sure the impulse is there but how many people actually indulge in that impulse? It was inspiring simply by the sheer randomness. There are certain professional boundaries that are there for safety and not for personal enjoyment, although it doesn’t stop me from being slightly jealous of her exit strategy.

In the exact same paper, an article described a flight that had to turn around because a man became aggressive when he was no longer allowed to practice yoga and was asked to return to his seat. I thought yoga was supposed to make people less stressed, I didn’t realize that failure to practice made you burst into fits of rage.

I began looking up other fascinating reasons why a plane might turn around. There were the obvious culprits like nuts found on a plane that could be life threatening if one of the passengers had an allergy. But can you imagine a flight having to turn around because nuts were not served in the fashion the passenger was accustomed to? That was the case with a Korean Air flight when a bag of nuts were given to a passenger instead of a bowl. This person also happened to be the daughter of a Korean Air chairman who then forced the plane to turn around because of her unhappiness with the service. She did make a very solemn apology for her outburst. Just for your reference, here is a list of the best airlines specifically for food.

Another flight was forced to turn around because one of the passengers refused to stop singing…Whitney Houston. At any point, if your actions are causing the pilot to lose focus on the task at hand, they have the authority to turn the entire flight around. Similar to a parent having to turn a car around on a family road trip because of their misbehaving children. As amusing as these anecdotes can be, some can have serious and traumatic implications. Stories of kids harmlessly playing with lasers aimed at flight windshields. Whether they were meaning to or not, it is just as important that we respect the miracle of human flight from the ground as we do from the air.

Flights can be stressful for everyone, we understand that and a few of these situations might have been avoided if the passengers had been able to get their stress out prior to boarding.

I believe that in and amongst our community of travellers, you all might have the best advice to share. In the vein of wanting to do further research on this subject, what are some of your weirdest travel experiences? What are the rituals (if any) you do before taking a flight in order to make sure you are prepared?

No Comments - be the first.